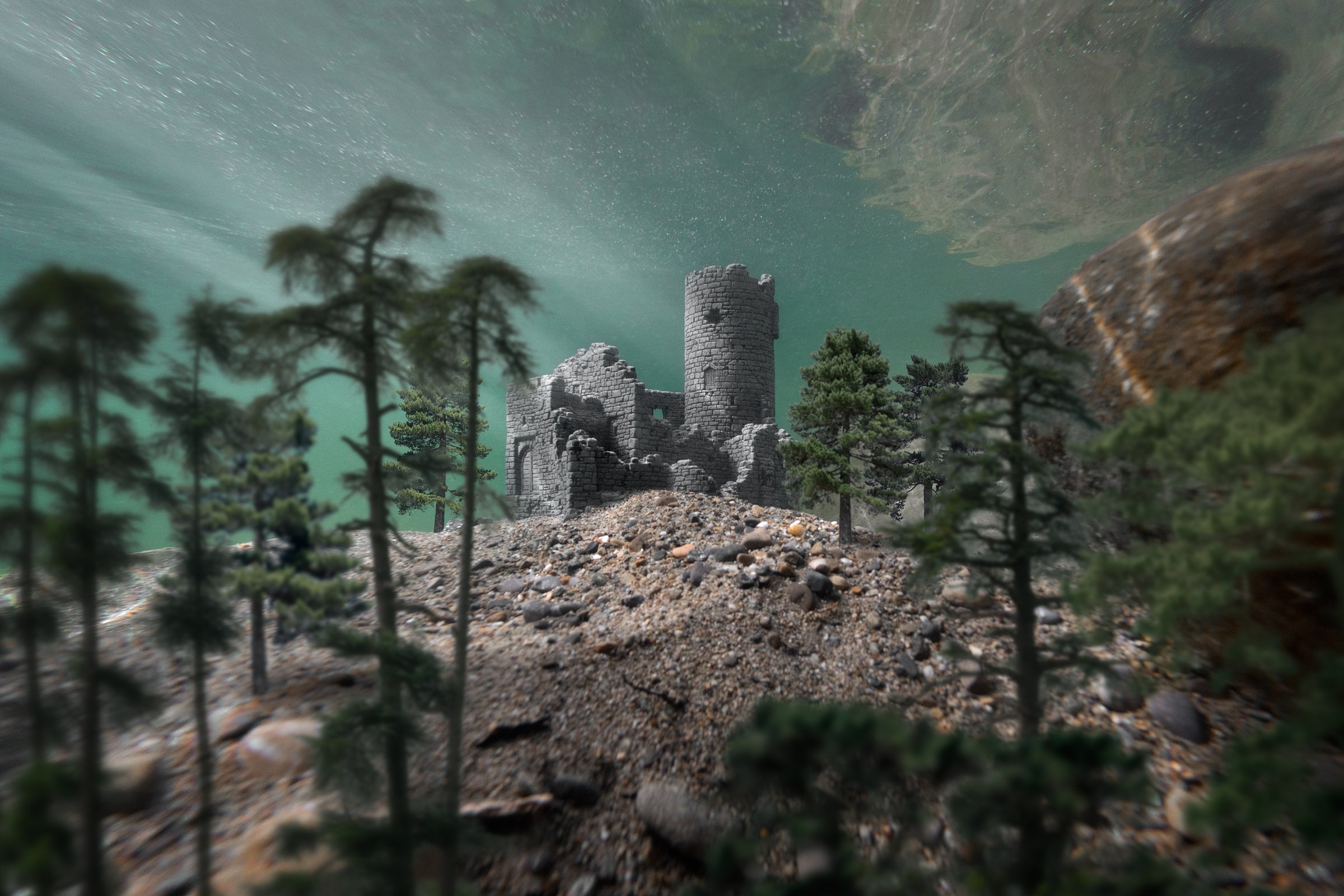 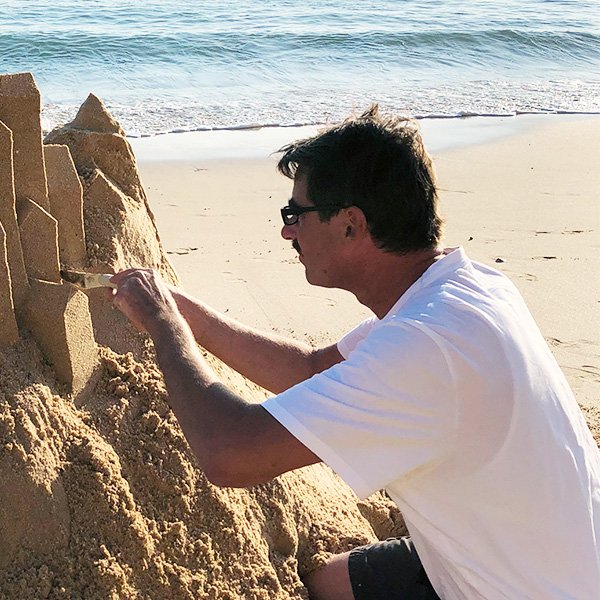 I’ve been a keen sandcastle builder on seaside holidays for a long time. As a professional photographer, taking a nice photo of these fleeting sandcastles was my constant motivation. At some point, my time at the beach became too short and in the summer months I started building sandcastles in the sandbox in our garden. There is much less space in the sandbox than on a huge beach at the Atlantic. The scale of the castles therefore decreased significantly. Details like windows or doors are very difficult and tedious to realise with sand on a small scale. So, I added detailed elements or structures retrospectively when editing the images. In order to create even more realistic castle ruins in combination with modelling the sand and the additional image editing, I use model railway building elements, which are specially modified to look derelict.
The hard foam “Castle Ruin” models from NOCH are an ideal basis for my imaginative, realistic castle ruins. As opposed to models made of plaster or plastic, these models are very easy to deal with and modify. I saw the elements that I want to use in the planned sandcastle with a fine fretsaw blade. For later use of wall structures during image editing, the surfaces on the now structureless sawed edges are smoothed with a fine warding file. I then file the wall edges with different file profiles so that they merge back into the original structure of the model.
The colour of the model elements is then reworked to emphasise the existing fine wall structures. I use a light grey, matte spray paint as a primer, though very sparingly, since too much spray paint seals the fine cracks in the walls and hides the models’ details. The “Model Wash Marrón 76.513” from Vallejo is helpful, which I apply after the primer has dried. This creates a realistic ageing effect, which brings out the crevices in the walls very well. After allowing to dry again, the surface of the model elements is lightly brushed with a bristle brush with only a tiny bit of white paint on it. This gives the wall elevations an additional three-dimensional effect. Depending on how much white you add to bleach the walls, you can get them to resemble limestone.
Now the models can be installed in the sandcastles. Contrary to the classic technique, modelling is carried out from top to bottom.
The foundation for a sandcastle is a relatively solid sand cube that is compacted in formwork with plenty of water and then left to dry for two to three days. The arrangement of the model elements must be precisely determined beforehand in all three dimensions. Once the sand has been removed from around the models, without formwork it is impossible to add a stable sand surface again to obtain sharp edges. This is the most difficult part of the build because you have to know what will be added later in the right proportions down below. On warm summer days, areas that have already been completed are kept moist with a fine water sprayer to prevent the sand from drying out and thus turning a lighter colour. At the very end, the smooth surfaces are slightly roughened with a paintbrush, which later results in a more realistic surface when adding wall structures during image processing.
The sand ruins are photographed in front of a blue gradient background in natural light as it falls through the trees in our garden in the evening. Small smoke capsules behind the castle sometimes generate dramatic cloud formations and fog effects. The rest of the picture emerges during image processing. This is always meant to support and enhance the appearance of the castle photographed in natural light, but not to fundamentally change it. 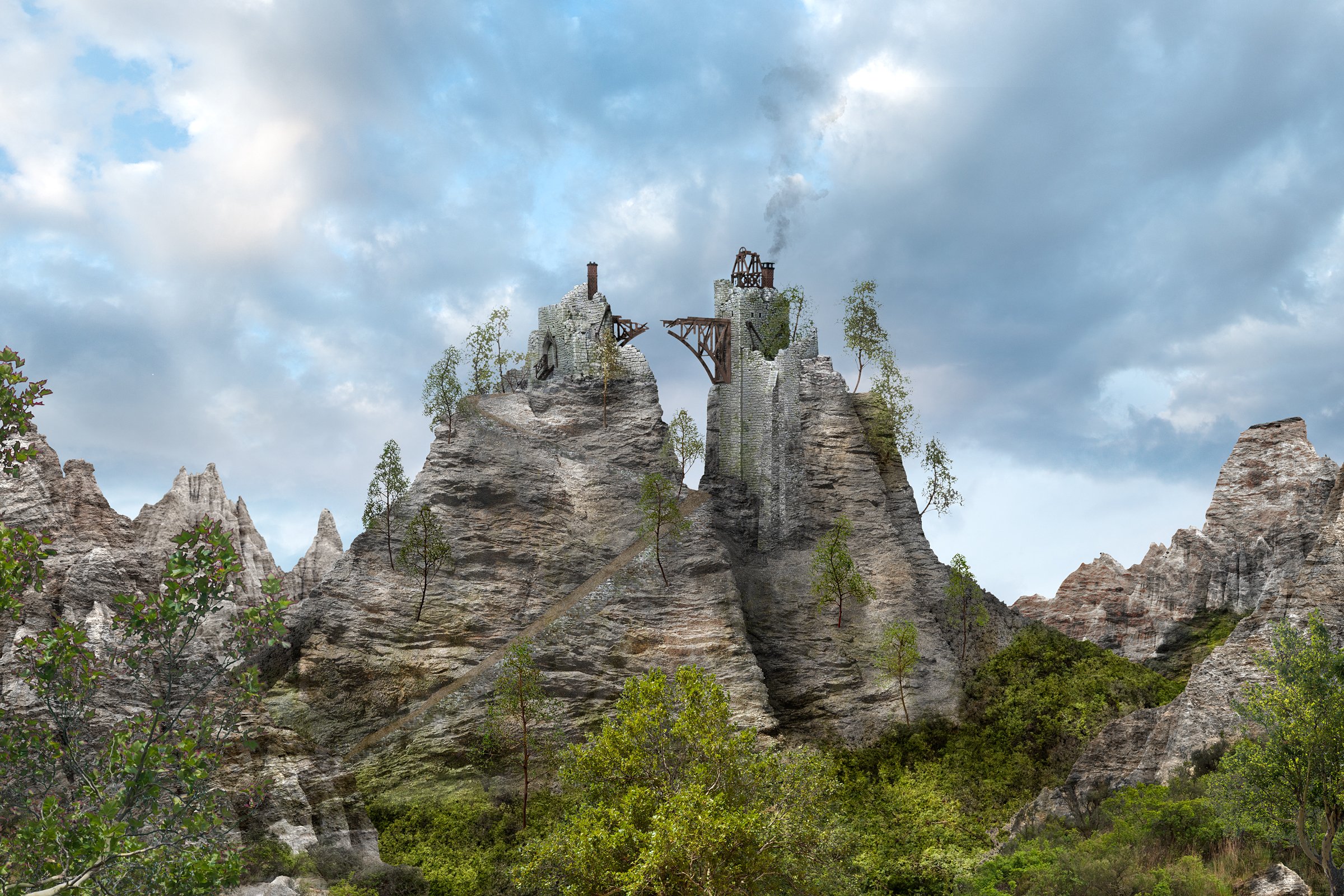 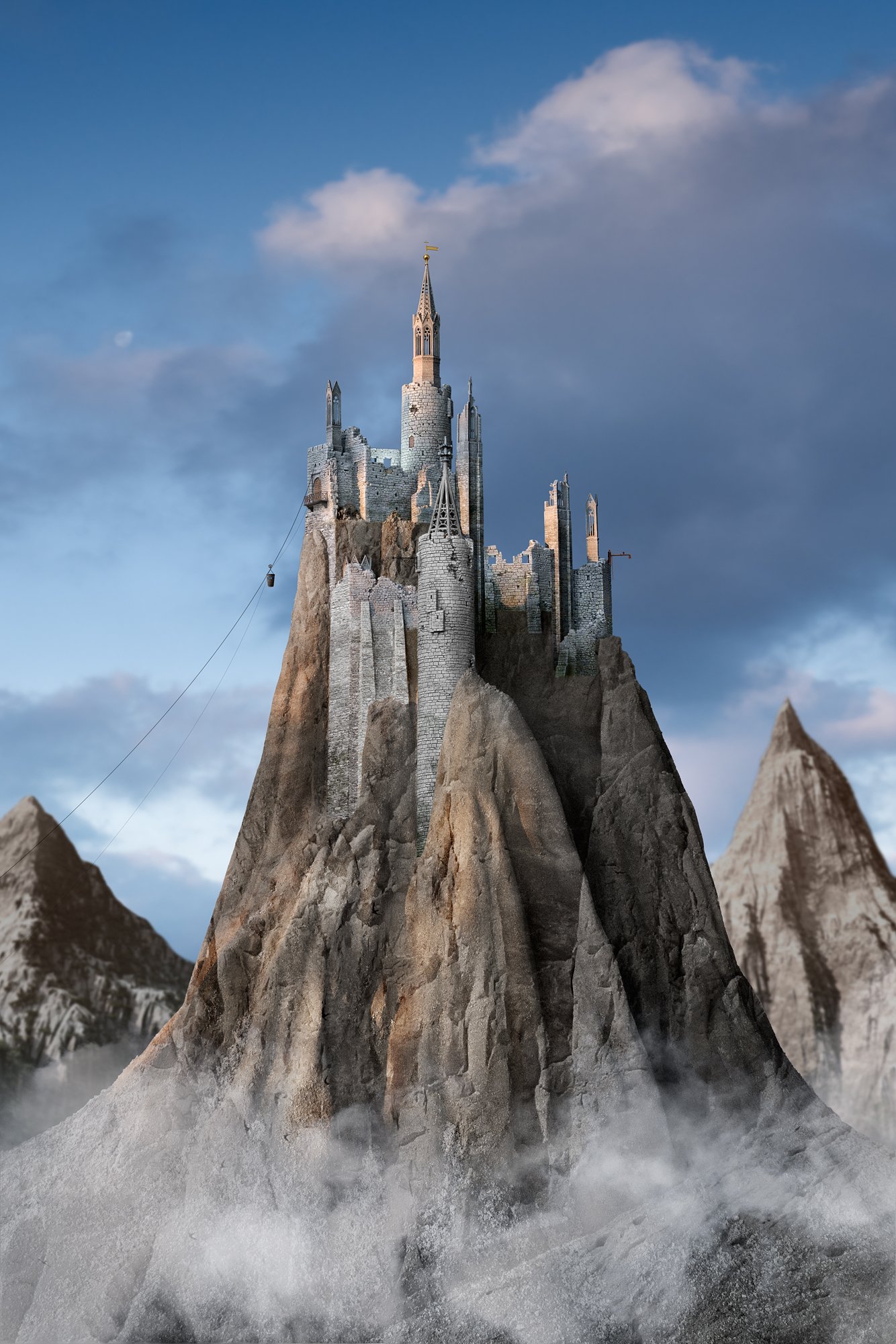 Backlog, is currently in production

Backlog, is currently in production

This product will be released on 29 September 2022

Your wishlists
Loading...
By clicking on "Accept" you revocably agree at any time that NOCH GmbH & Co.KG and third parties use cookies and similar technologies to optimize the website and create user profiles and to display interest-based advertising. At the same time, you agree to the processing of your data in unsafe third countries: USA. Information on the associated risks can be found in the Privacy Policy under 7.1. Configuration options and further information can be found under "More". The refusal does not activate the technologies used, with the exception of those that are essential for the operation of the pages. Further information on the person responsible can be found in the Imprint. Information on the processing purposes and your rights, in particular the right of withdrawal, can be found in our data protection declaration .